The Telegraph: How our addiction to sales and bargains killed the high street

Our CEO Drew Smith spoke to The Telegraph recently to discuss the complex relationship retailers have with discounting. Our CEO Drew Smith spoke to The Telegraph recently to discuss the complex relationship retailers have with discounting.

Drew shared his insights on how retailers can effectively use discounts to drive sales without sacrificing profitability, cash flow challenges, fluctuating costs and what he believes is the magic discount percentage retailers are using right now.

View the original article here. (Paywall). Or read an extract of the text below.

Once upon a time, the January sales felt like an extension of the holiday season. Whether you joined in the scrum or sat at home and marvelled at the news footage, it was an event. Today, though, those red-hot sales have become a little tepid. With summer sales, Black Friday, Green Friday and the prevalence of discount codes, it feels like many brands spend more time in sales than out.

Jane Shepherdson, of Topshop and Whistles fame and now chairman of My Wardrobe HQ, was shocked to see how early the sales started in December. “I remember when you would have to wait until after Christmas,” she says. “I never used to go out on Boxing Day, there was something desperate about that, but the day after I’d get these incredible bargains and it used to be fun. Now, there’s just too much stuff.”

“For a long time, discounting has been used as a way to drive top-line growth; incentivising consumers to snap up bargains and spike sales. But this has trained consumers to only buy on discount. “It’s created a feedback loop where the consumer only buys when they feel like they’re getting a bargain, while retailers have had to show continued revenue growth,”says Drew Smith, CEO and co-founder of software business Upp, who works with retailers such as Charles Tyrwhitt and OnBuy to put profitability back into their businesses.

Shepherdson’s years in retail mean she appreciates the “buying markdown” – the figure that retailers assume they will have to mark down to – of products, and so they buy with that in mind. “And that markdown is just becoming more and more.” Which means profit margins are getting slimmer. As a result, the inevitable question for consumers now is, why would you ever pay full price?

And yet, sales have long been part of retailing. Advertisements from the 18th century show stock having been bought up (perhaps from a bankrupt retailer) and being sold off at prices that the advertiser asserted were well below the norm. “These sales often took place as ‘pop-up’ stores, or a dealer renting some space in a shop for a few days, often when the town’s fair was taking place,” says Prof Jon Stobart, a social and economic historian with a particular interest in the history of retailing and consumption.

Department stores in the later part of the 19th century had “bargain basements” (Lewis’s, in Liverpool, was an early example) – the idea being that you sold cheap goods to lower-status people in a separate part of the shop. But they also had seasonal sales, which were heavily promoted in the press. All the big stores did this, including Harrods and Selfridges, but also provincial ones, too.

“It was a way of shifting unwanted or slow-moving stock, or things that were out of season. From the consumer’s perspective, they might have been taken in by apparent bargains – just as happens today,” says Prof Stobart.

The problem with too much discounting is that it can cheapen the brand: the problems of House of Fraser, BHS and Debenhams show what can happen when a brand feels stale and mired in blue crosses. That is a fate Selfridges has cleverly avoided. Wizz Selvey, founder of retail consultancy Wizz&Co, worked at the Oxford Street store for 12 years, latterly in charge of beauty buying, and hails it as an example of how to do discounting well.
“They only discount at certain times of the year and it doesn’t last long. They are very strict on that,” says Selvey. “It can devalue a brand – certainly on luxury or anything aspirational.”

Chanel and Apple are examples of brands that have promoted brand loyalty by increasing their prices and never discounting. They are outliers in a market where retailers have been searching for constant growth at the cost of profit.

However, the downfall of Made.com, the e-commerce furniture brand that launched in 2010 and recently went into administration, has signalled a reckoning, says Selvey: “Made never made a profit. And that’s a problem across the market.” The cost of living crisis has meant that more retailers are looking at the numbers and thinking this isn’t sustainable. “People are going to have to look more seriously at their discounting. Can they sustain it on a long-term basis?”

John Lewis was one of the biggest discounters on the market, but kept it very premium with the slogan “Never knowingly undersold”. In August last year, it retired that promise. “It had meant they were discounting twice, and that was killing their profit,” says Selvey. “They know it’s not sustainable from a profit point of view.”
Before the days of online shopping, the John Lewis sale started on December 27 – it has not opened on Boxing Day for many years. But with the rise of online shopping and customer demand, it has slowly brought that date forward to Christmas Eve on Johnlewis.com and on its app. This year, there will be discounts of up to 50 per cent across well-known brands and John Lewis own-label products.

“We’re aware – now more than ever – that our customers are being more thoughtful about what they buy,” says Pippa Wicks, executive director of John Lewis. “Black Friday, Christmas and the winter sale period is referred to as ‘peak’ in our business – it’s the pinnacle of the year commercially.”

Stretching the sale period can be tempting for retailers as a way to spike sales, even if it traps them into a long-term picture of decline.

“They don’t want to be in the sale, but it’s like a drug. They get hooked,” explains Selvey. “They think, ‘We just need to get some sales in for these targets. We’ll just run a promotion.’ Then the next year it’s, ‘How do we get back up to that number again?’ ”

Covid hasn’t helped. The boom in activewear means brands such as Sweaty Betty and Lululemon were likely to have been left with far too much stock when we all took off our tracksuit bottoms and returned to work. Having been a premium brand, Sweaty Betty now seems to be regularly in sale season.

“This could just be a moment in time of them having a true stock clearance. We need to see how things pan out,” says Selvey.

Cash flow has always been a concern for shopkeepers. In the past, Prof Stobart explains, they spent a good deal of their time chasing customers to pay for things bought on account; now, they’re waiting for those customers to commit to spending in the first place. “Perhaps because we expect reductions to come along. And it has always been – and still is – a task to persuade customers that they are getting things for a ‘good’ price.”

That magic number at the moment stands at a 70 per cent discount, according to Drew Smith. The boost in cash flow is at the expense of profits.

“The challenge isn’t just for bricks-and-mortar shopping, but online, too. “Most retailers are only working on a pretax profit of about 5 per cent net margin, which is incredibly low, and that’s due to the nature of online retail in the modern age,” says Smith

Although the dawn of the internet was supposed to provide a place where all retailers would be able to find customers instantly, what has happened instead is considerable margin erosion for retailers as they have to undercut each other aggressively.

“Did anyone believe 20 years ago that retailing online would be just as expensive as the high street? It’s become more complex with fluctuating costs,” added Smith

It seems inevitable that this year will see more casualties, both online and on the high street. In November, fashion retailer Superdry confirmed it was in talks for a £70 million rescue. “The brands that are predominantly bricks and mortar are going to find it difficult,” says Shepherdson. “But there are also so many online brands now, I don’t know how they can all survive.”

What is needed is a complete shake-up in how retailers operate, and consumer behaviour, she says. “We’re at the stage where there’s enough stock in the world to clothe everybody for two years without buying a single new piece,” states Shepherdson. “The statistics are unbelievable. One garbage truck full of old clothes goes into landfill every second. It’s totally overwhelming.”

With MyWardrobeHQ.com, she is backing the future of rental, but also points to Vinted and Depop as disruptors in the fashion retail world. But far from leading to boarded-up high streets, the future might see more rental and resale shops; vintage and reworked store Sobeys already has locations in Bath and Bristol.

Selvey doesn’t think in-person shopping is over: “It’s just a pain to get everything delivered. It’s also not sustainable from a carbon-footprint point of view.”

The second life so many products now enjoy means that we could see a shift towards better-quality products built to last. “Things are going to have a resale value. Already, designer brands are putting barcodes in their clothing to track authenticity.”

Right now, though, staying home and eschewing the sales could be doing everyone a favour. While the huge discounts on offer – real or otherwise – can be tempting, perhaps what you should be doing is thinking about something you really want, which is worth waiting for.

With fashion, Shepherdson recommends asking: “How many times am I going to wear this, and does it go with everything in my wardrobe?” She says: “If you’re going to wear it 50 times and it’s a solution to your fashion problems, then it’s worth buying.”
Copyright: The Telegraph, 2023 The cash opportunity for retailers – reclaim 40% of wasted ad spend 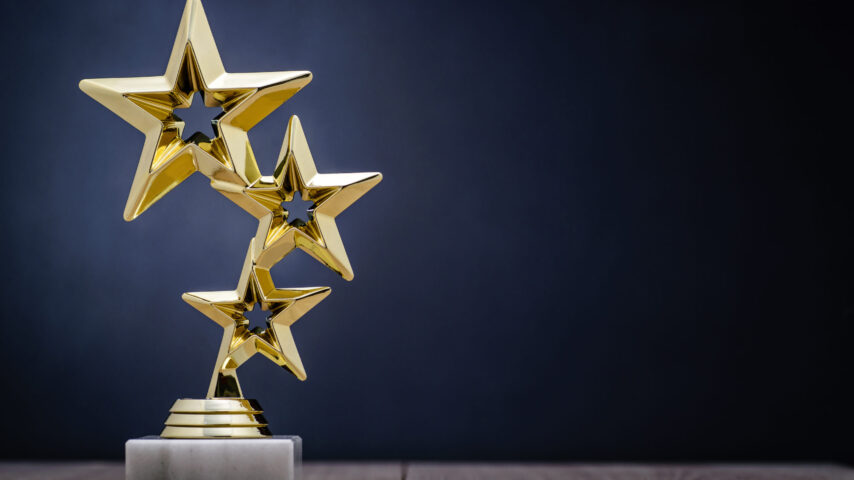 Everything You Need to Know About Google Smart Shopping What Does Performance Max Mean For Retailers?